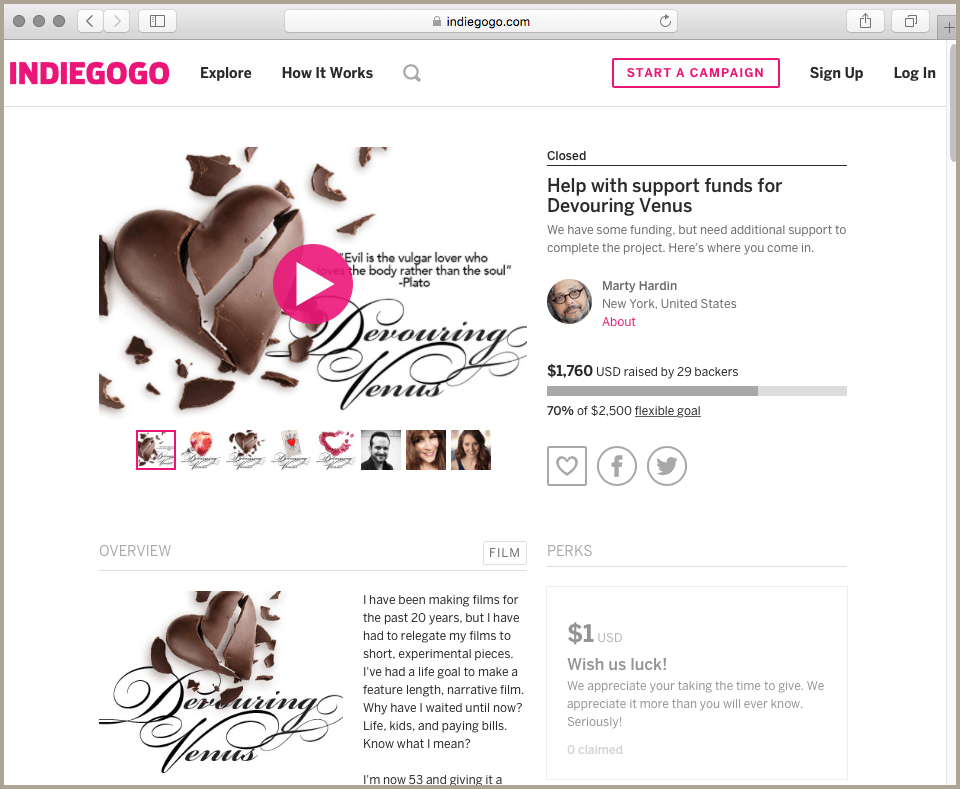 Originally, the producers were going to bypass the crowdsourcing route and seek traditional funding by selling shares in the project. The shares are priced at $2500 (US) each. Several individual reached out to producer, Marty Hardin. “It was amazing. There were all of these people who wanted to give money to the project, but they could not afford the full share price. I needed a transparent way to collect the funds. Crowdfunding seemed like the best way to do that. I looked at several options and finally settles on Indiegogo”, said Hardin.

Hardin then explained that Indiegogo campaigns could run as long as 60 days, but in order to be sure that contributions would be received before the start of production, he had to limit the campaign to 1/4 of that -15 days.

In the end the numbers were pretty amazing for such a quick start and finish:

In the end, Mr. Hardin was very appreciative. “We have about half of our funding secured for the project. Once filming is completed, we will be seeking finishing funds. At that point, we’ll definitely include crowdfunding as part of our strategy as we work to complete the film in time for the Cannes Film Market.”